Orvieto and the Feast of Corpus Domini: Incarnation and the Arts 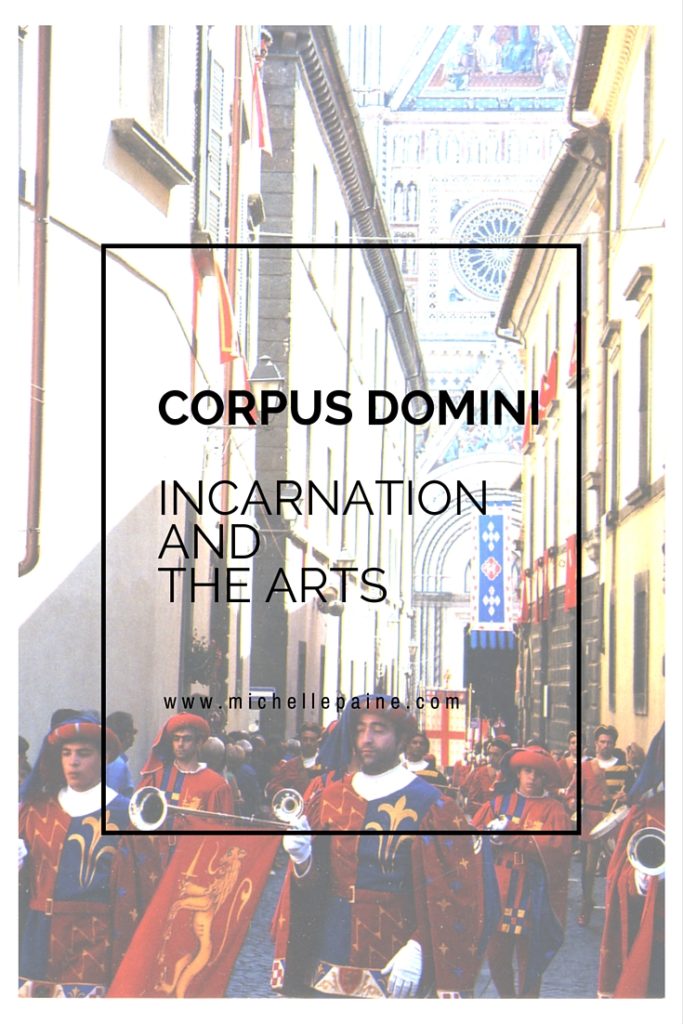 Orvieto was the birthplace for the feast of the Eucharist, called Corpus Domini, and one of the major feasts of the Catholic church. The Cathedral of Orvieto holds a treasure – a number of them, really, including frescos by Luca Signorelli, Gentile di Fabriano, and Fra Angelico. But its spiritual treasure is a relic from the Miracle of Bolsena, the miracle which was the final impetus in the church’s decision to institute the festival of Corpus Domini: “Body of the Lord”. This feast is a reminder to artists and non-artists alike that Art and Beauty can model the Incarnation in the world.

A Bohemian priest was making a pilgrimage to Rome in 1263. He was doubting the doctrine of transubstantiation and he stopped in Bolsena, 8 miles from Orvieto, to say a mass. When he lifted the host to consecrate it during the mass, blood dripped from it onto the altar cloth. The Pope (as well as St. Thomas Aquinas) was in residence in Orvieto at the time the Miracle occurred, and the people of Bolsena brought the Corporal to Orvieto to present it to the Pope. 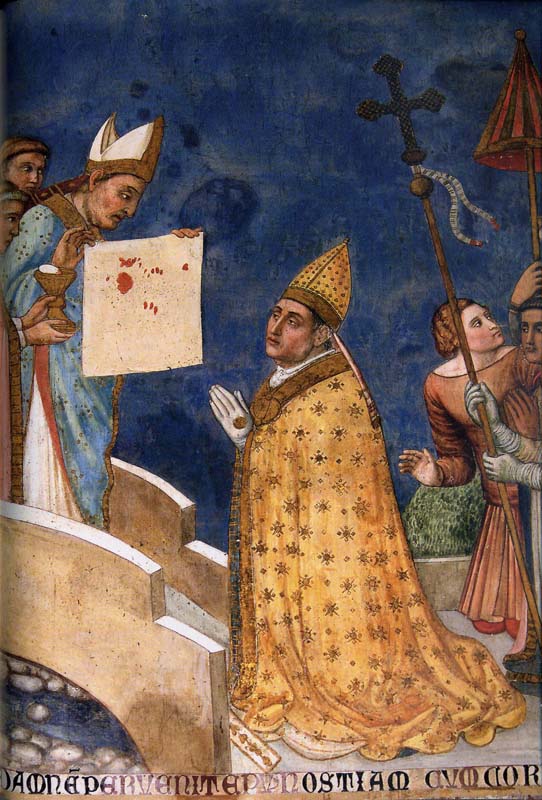 Corporal presented to the Pope, tapestry of fresco from the Cathedral of Orvieto

The altar cloth is now housed in a transept chapel of the Cathedral of Orvieto where mass is said every day. It was just a few months later, in 1264, that Pope Urban IV declared the church-wide feast of Corpus Christi in 1264 and commissioned Thomas Aquinas to write the hymns the Catholic Church still uses today: Pange Lingua. 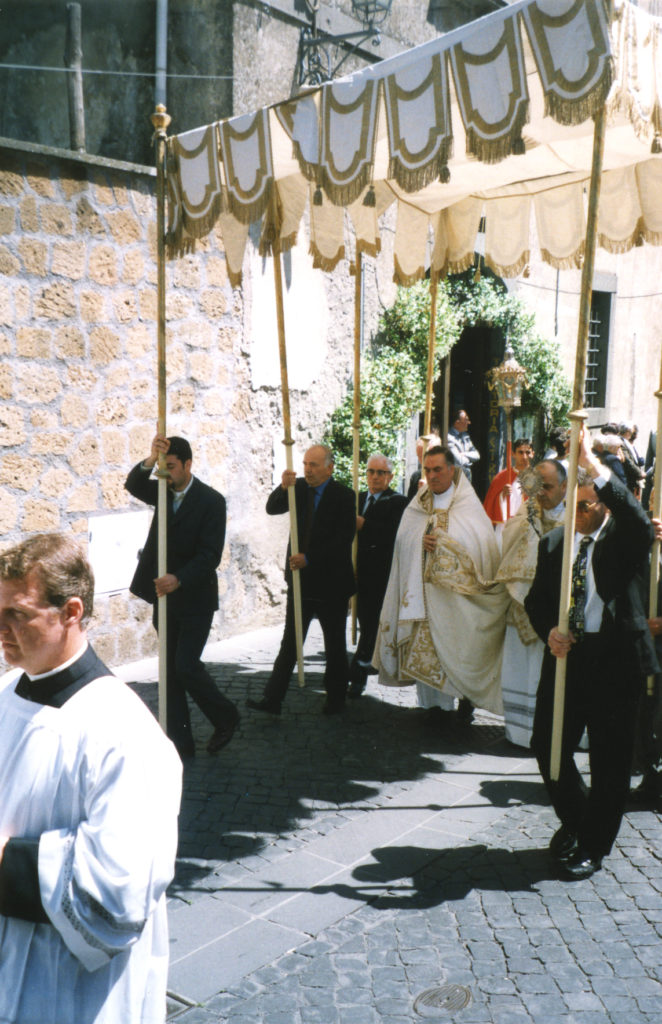 As a Christian the Feast of Corpus Domini is a powerful reminder of the Incarnation of God in Jesus Christ. As an artist I ask: How can we communicate the powerful truth of Christ in the Eucharist to those who are not familiar with it?

As an artist I ask: How can we communicate the powerful truth of Christ in the Eucharist – Corpus Domini?

Benedict XVI in his address to artists in 2009 quoted Simone Weil in this regard: “In all that awakens within us the pure and authentic sentiment of beauty, there, truly, is the presence of God. There is a kind of incarnation of God in the world, of which beauty is the sign. Beauty is the experimental proof that incarnation is possible. For this reason all art of the first order is, by its nature, religious.”

“Beauty is the experimental proof that incarnation is possible… all art of the first order is, by its nature, religious.” Pope Benedict

Through art and beauty we can  communicate a physical presence of God, the way God becomes present physically in the Eucharist. From 2005-2015 there has been a Festival of Art and Faith in Orvieto: concerts, contemporary theatre performances, and exhibits by international artists, and sponsored jointly by the town government, the diocese, and occasionally loosely associated with Gordon College. The Festival of Art and Faith was a means to introduce a dialogue between contemporary culture and the tradition of the feast which remained somewhat fossilized as a medieval costume parade.

Through the arts (painting, music, theatre, etc) we see the incarnation – the flesh and blood- of the beauty, truth and goodness of God. The arts are a means of communicating the beauty and creativity of God to the world in a visible, tangible way.

Do you want to hear (and see!) more about how art and faith intersect in both theory and practice from the perspective of a professional artist? Enter your email below!

Orvieto – Destination of the Heart