2012 Olympics and Run with the Fire

By Michelle PaineMarch 5, 2012Art and Faith, Exhibits and Events
No Comments

The Olympics are always an Event: even non-sports fans like me turn on their televisions to watch the grace, strength, speed and beauty of what the human body can accomplish. The passing of the torch leading up to the Olympics is also a moving part of the event; it is expressive of our human journey on this earth, of friendship across nations, and fraternity even in competition. I am excited to be included in a digital exhibit which will be released in tandem with the London Olympics. 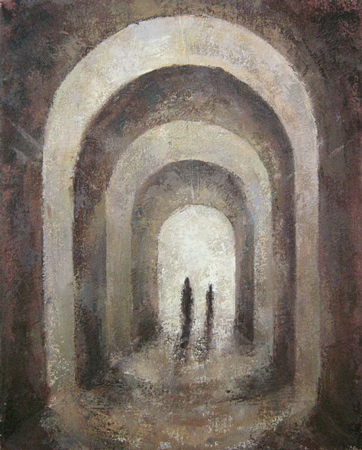 Veritasse, an arts organization in the UK, has created a digital art program for churches in honor of the 2012 London Olympics. The digital exhibit “Run with the Fire” parallels the Christian feast of Pentecost with the Olympic messenger carrying forward “the burning torch and its dreams of cross-cultural harmony.” The theme “Run with the Fire” is also evocative of the celebration of Pentecost, with its “tongues of fire, new languages, and promise of dreams and visions” .

Each of the artists wrote a verbal reflection on the theme “Run with the Fire” which was then passed along to another artist. Each of our works was created using another artist’s reflection as a starting point – so we, also, were passing the torch in creating the show.

“‘Run With The Fire’ is an arts project for the London 2012 Olympics organized by CANA, commission4mission and Veritasse based on the image of fire which links the Church’s Pentecost celebration with that of the Olympic runner.”

Information about purchasing this DVD for use in churches can be found HERE.

My Boston Painting in a Boston Lounge…

My Boston Painting in a Boston Lounge…